Why was Pokemon Go such a big success? Then why did it lose so many users? More importantly, how can Monsarrat, Inc. fix it by creating a new videogame industry, Big Movement Gaming?

Boston Postmortem is Boston’s forum for videogame developers and they hosted me recently to give a talk. It’s filled with fun anecdotes that include my time at Turbine, and gives a peek into what the team is building here at Monsarrat, Inc.

Here’s the blurb and the video.

Now That We’ve Found Love (for AR), What Are We Going to Do With It?

Finally we’re in love with a killer videogame in the AR/VR space. Pokémon Go blew the doors off of, but its graphics are primitive and repetitive gameplay led to an 80% decrease in peak gameplay in two months.

How can we keep the love going? Let’s diagnose and peer into the future.

Johnny Monsarrat was the founder and CEO of Turbine, Inc., the videogames company that won two “Oscars” of the videogames world, and arguably invented the massively multiplayer online game (MMO) industry, now worth $20 billion a year. The company is now a division of Warner Brothers. His new company, Monsarrat, Inc., has now invented Big Movement Gaming, which combines the best parts of augmented reality and MMO gameplay to make something truly new.

He is an Ivy League award-winning public speaker.

Add him on LinkedIn and see the sneak peek video at www.monsarrat.com. 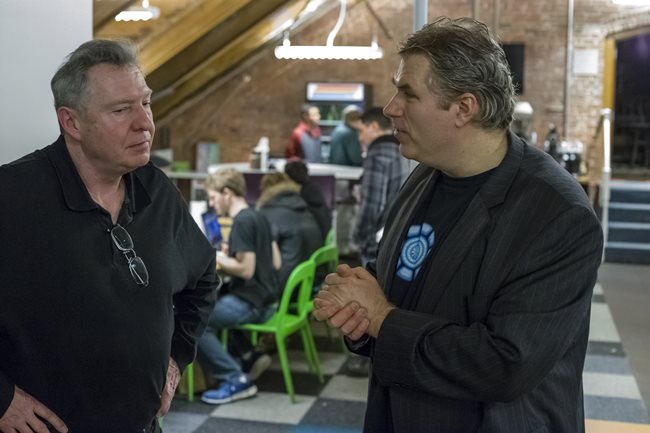 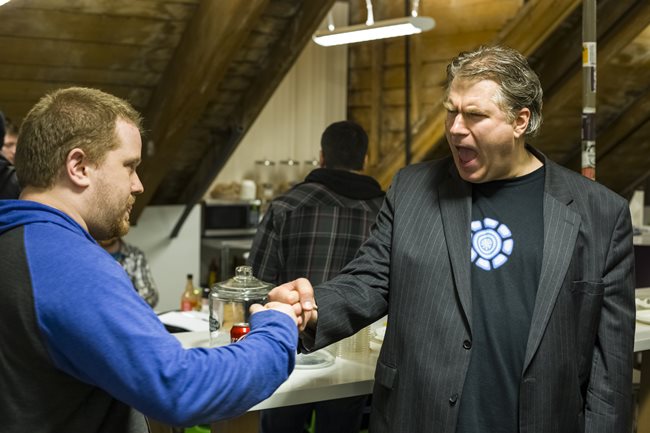 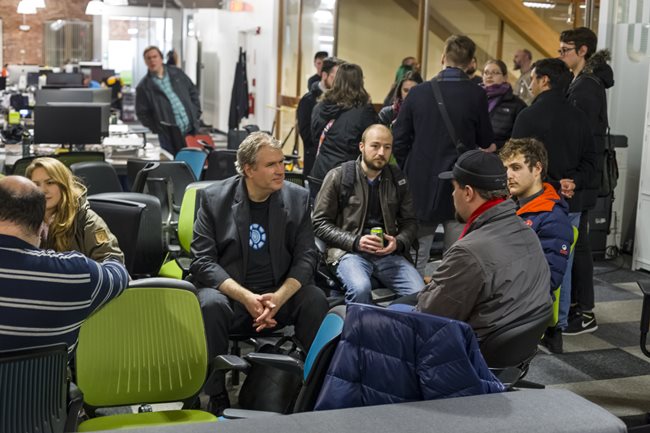 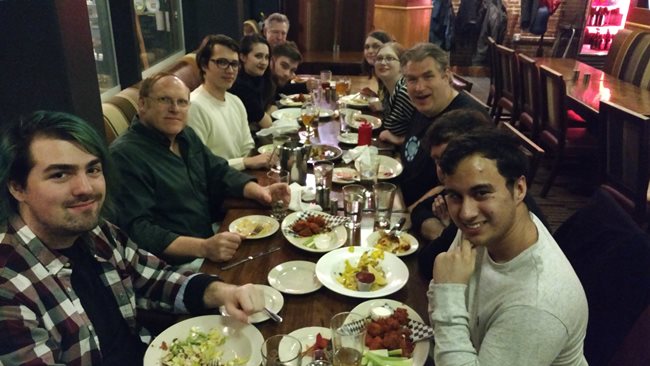 Dinner with the team and friends after the speech! The first three on the left: Shahin, Brian, and Connor. Hiding in back on the left, Delton and our advisor Les Nelken.