Our second California trip brought us into contact with some of the best potential partners a videogame developer could hope for.

Most importantly, we’re looking at licensing characters for our videogame. Star Wars wasn’t available but we’ve been in talks with just about every other multimedia licensor. What’s your favorite movie or TV show that we could adapt for our new type of AR gaming? 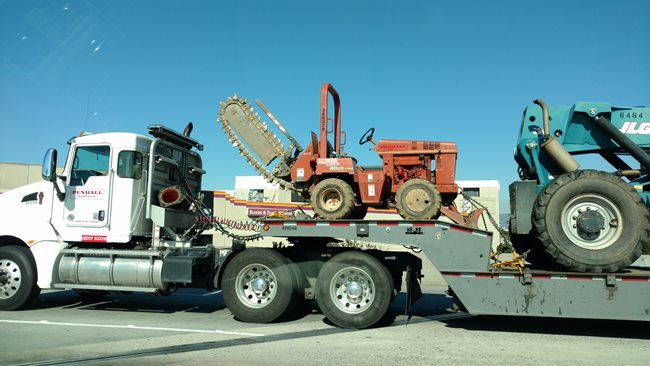 We passed this truck on the highway. This what California looks like. 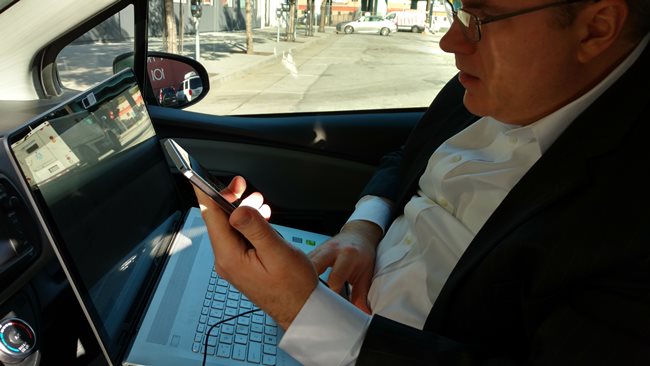 Demo time! I’m frantically uploading a new version of the prototype just minutes before our next meeting. 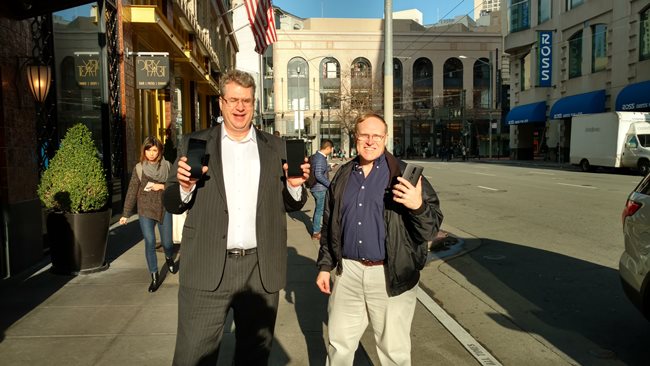 Walking around testing the prototype in the bright sun. 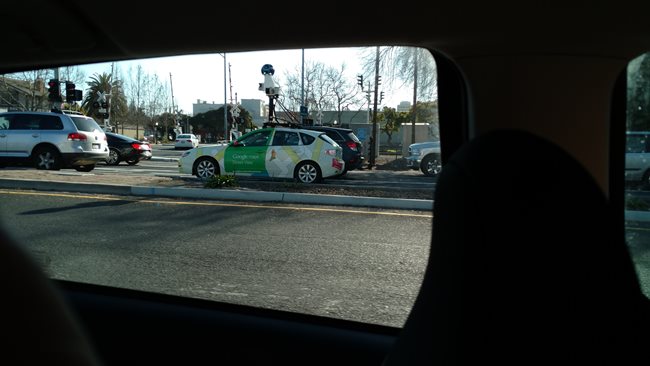 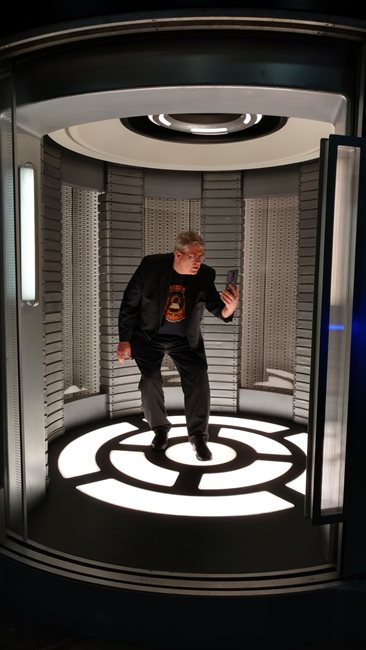 Beam me down with the prototype! (Paramount studio tour.) 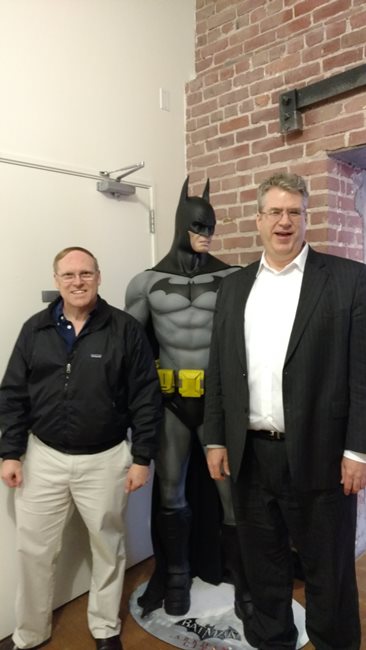 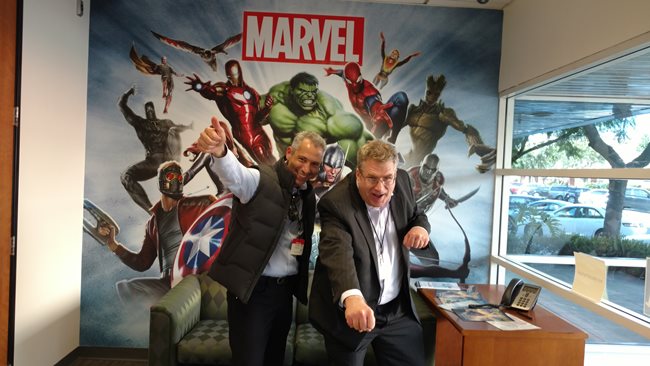 Ka-POW! Visiting Marvel with our investor. 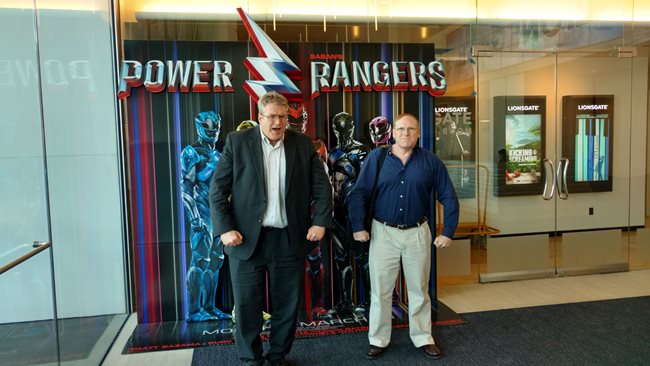 We saw SNL alumnus Jason Sudeikis in the Lionsgate lobby but played it cool and didn’t even make eye contact. 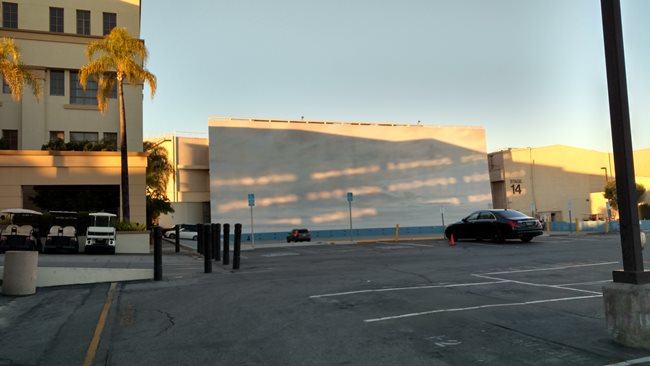 Giant water lot and blue screen at Paramount where they filmed the parting of the Red Seas in the 1950s film The Ten Commandments. 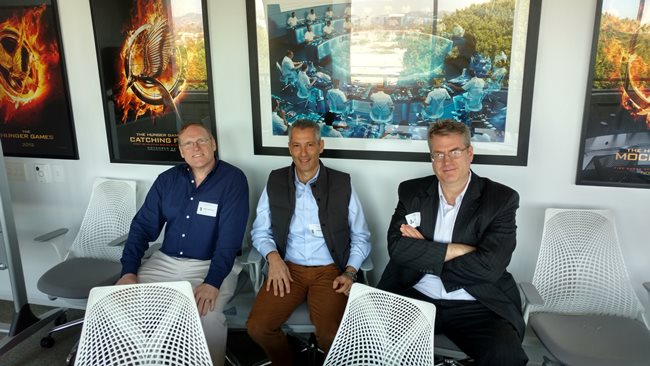 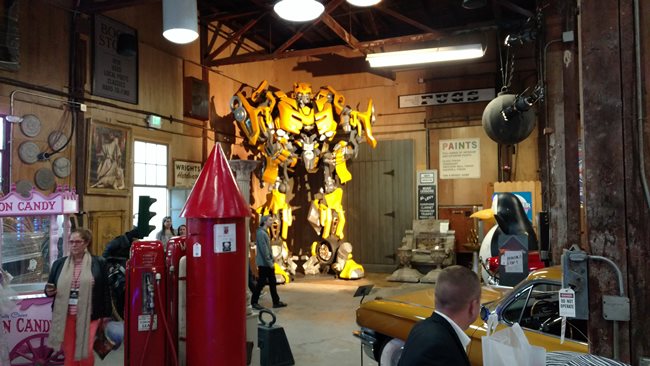 The props room on the Paramount tour was Transform-ative 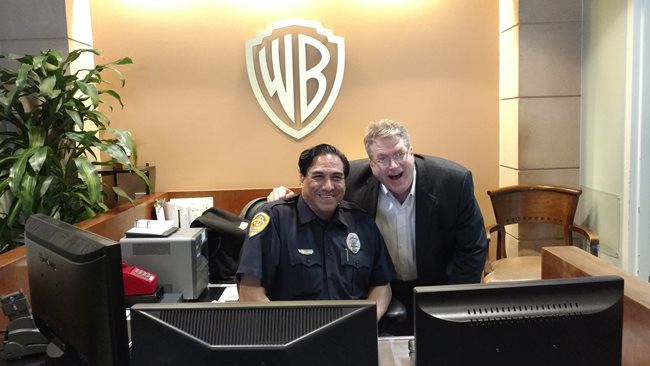 This guard at WB politely declined to put me in a headlock for this shot. 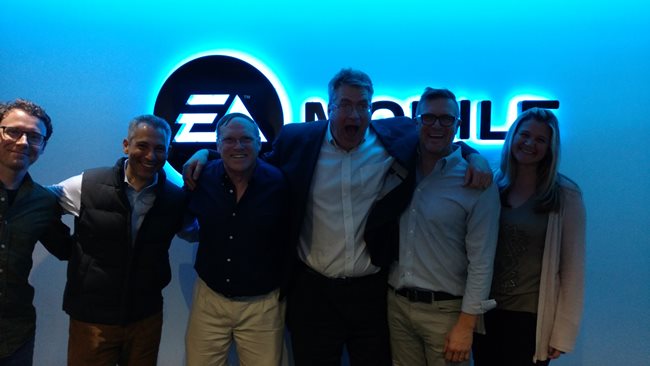 Electronic Arts: this is where the magic happens. 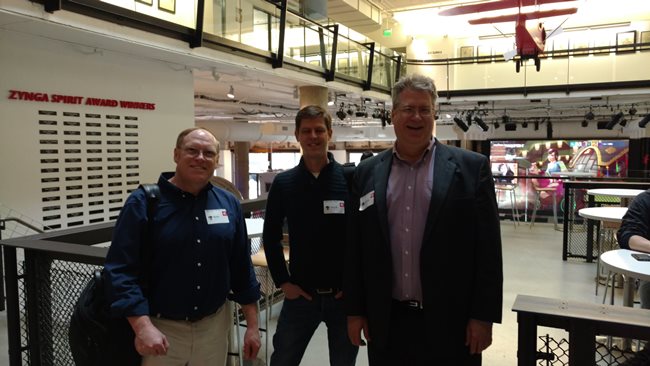 Zynga (publisher of Farmville) has a lobby area that’s sort of a playground. Brian, Henrik, and Johnny. 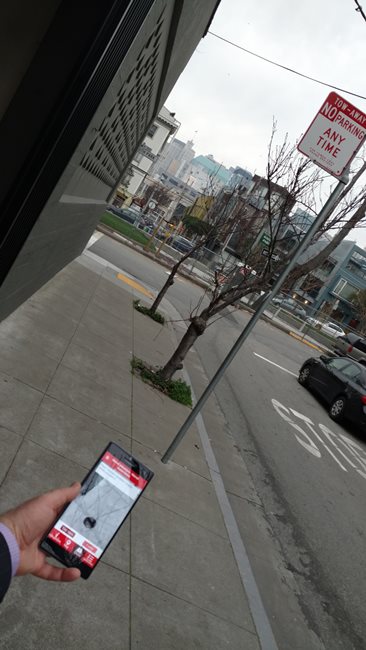 Showing the prototype for one of our super secret investor meetings. It’s a venture capital firm you’ve definitely heard of, if you read the tech news. 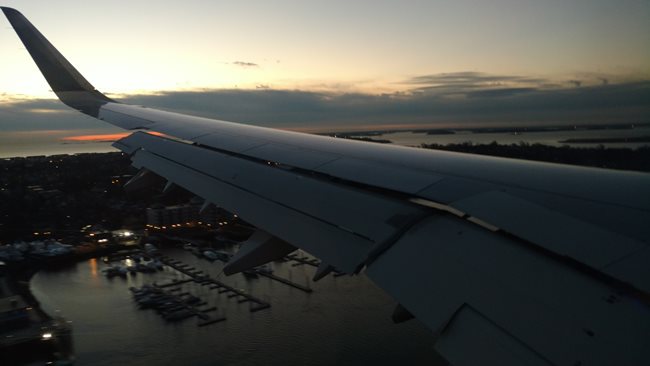 Back home to Boston, the best city in the world. Our little company has successfully gone from “who are you?” to “let’s talk terms!”